I designed a display font taking inspiration from Henrik Mnatsakanyan, one of the pioneers of Soviet Armenian typography.

Gitunik is a font inspired by the Տեխնիկա (Technica) typeface by Henrik Mnatsakanyan, one of the pioneers of Soviet Armenian typography. It is heavily influenced by Russian Constructivism and features a bold and blocky design.

Gitunik is the Armenian word for "a little scientist", a reference to the Gitutiun and Technica ("Science & Technology") magazine the logo of which featured Mnatsakanyan's work.

The font was made using Figma and FontForge and currently supports the entire Latin alphabet and some symbols (!,.()[ ] #).

It was developed with Soviet Modernist art in mind while also making sure the blocky designs are accessible for both digital and print projects. The font pairs best with minimalistic geometry elements as well as monospace and sans-slab fonts.

Below you can find the font preview and some examples of the font in use. 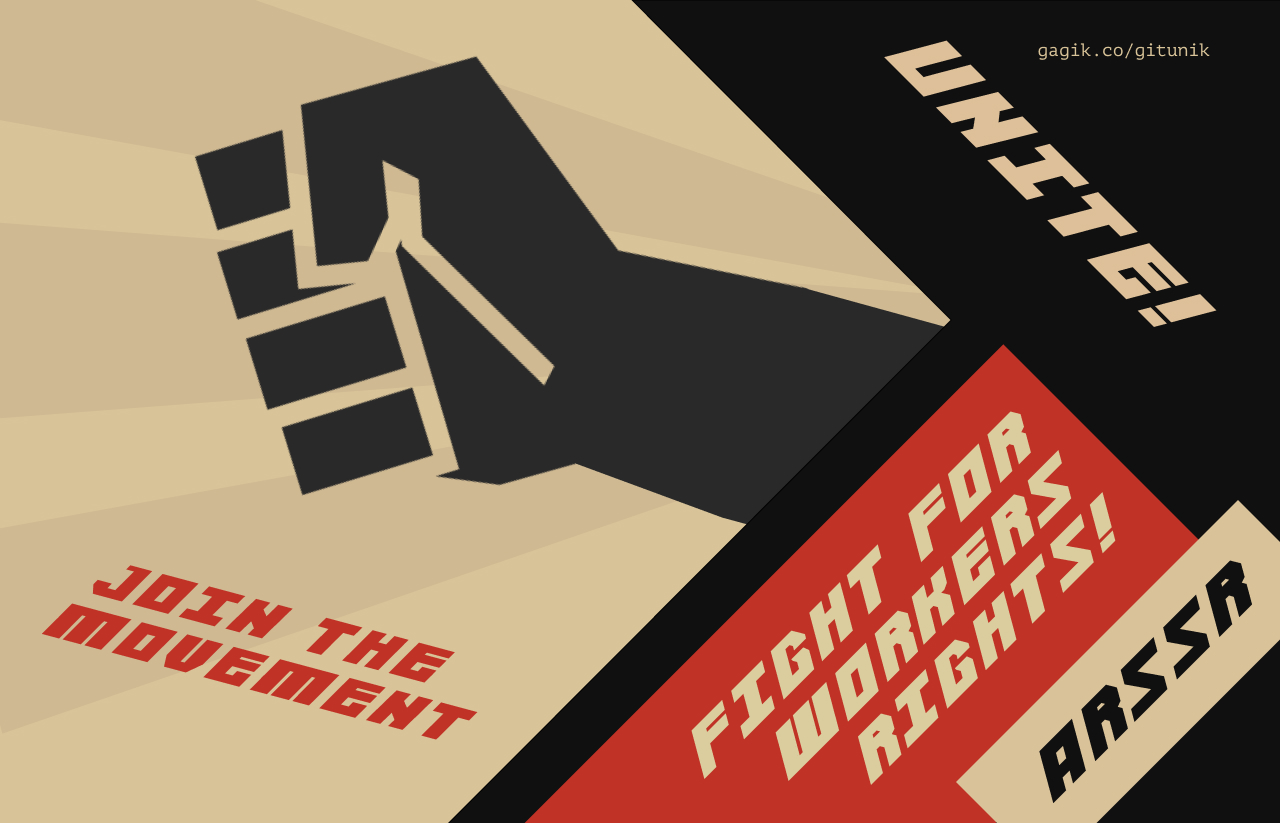 I hope to add more features to this font to make it both easier to use out-of-the-box as well as to expand its use on my website. Here are some of the features I have planned: